Or another title could have been.. "We're Just Slow". 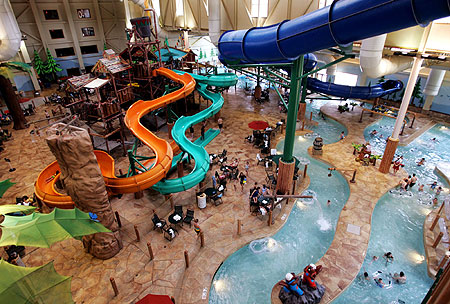 Heading down to Concord Mills tomorrow for a little 7th birthday party fun at Great Wolf Lodge.  My BFF's DD chose this as her party location.. thank you, sweet 4th daughter of mine.. (keep up the great ideas and I'll officially change the name to FIVE Hens and a Rooster.)  As many of you know, we used to live outside of Philly where the 1st one opened, oh, I don't know… 7 years ago?? So flash forward to now and we're FINALLY going for the first time. I know. We're lame. Hey.. at least we're finally getting there.

However.. I am confused about one little detail.. isn't this park supposed to be on the inside? If that's the case, then why, on the photos on their site does it show kids playing outside in the sun?  I thought GWL was like the water park for the Cullen's… I'm just sayin'..

I'll shoot a post or photo or two while we're there. Promise.

Can I Get Your Opinion?

Friday at 5: 5 Reasons I’m Glad to Have a Teen Driver

This site uses Akismet to reduce spam. Learn how your comment data is processed.

Looking for a Specific Topic?